The chili peppers’ conquest of the world in 6000 years 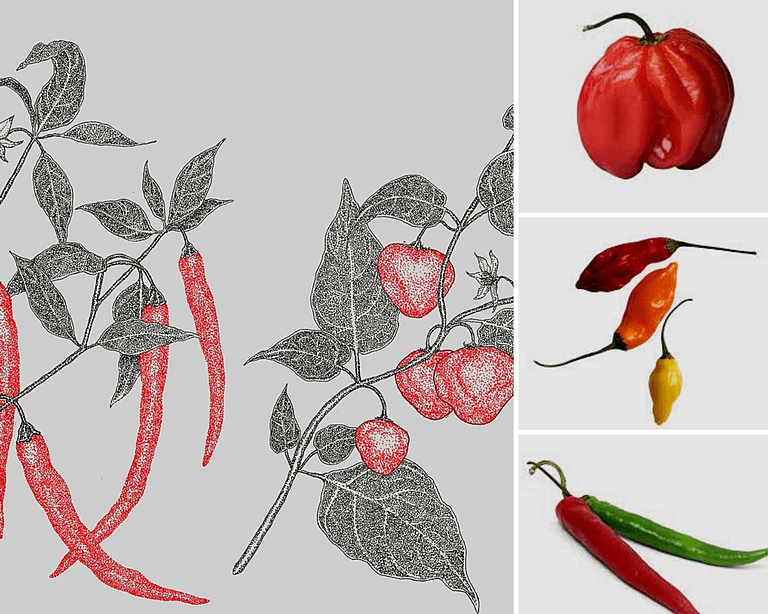 As we well know, the Amazon basin is the place of origin of the chili peppers, or the Capsicum genus. More exactly, the territory from Mexico to Bolivia, with a great diversity of soils and climates that give rise to the thousands of varieties of chili that we know today. However, today mass chili cultivation is concentrated in China, Indonesia, Mexico and India. And its consumption is associated with ethnic cuisines as diverse as Mexican, Indian, Thai, Korean, Malaysia, Jamaica, Peru, Sri Lanka, Ethiopia, Bolivia and even China. In fact, for a long time it was thought that there were some varieties originating from Asia and others from America. The truth is that the history of this conquest has been slow but sure. It is one of the species that, although originating from a specific geographical location, become distinctive of regions very distant from their origins.

The truth is that the history of the spread of chili in the world is fascinating. The earliest agents of distribution were birds, who are believed to have dispersed and expanded the area in which  chili pepper plants were found. The birds do not feel the heat because they lack the receptors that allow them to have that sensation, so the chili is a food source for them. Additionally, the seeds pass through  their intestinal tract without undergoing any degradation, with which the birds become agents of disperion of chili seeds in extremely wide territories. Archaeological studies in Mesoamerica have shown evidence of agricultural domestication of chili in America from 6,000 years ago, and samples of chili seeds in kitchen utensils and stone mortars.

Of the many families and thousands of existing varieties, only five families have been domesticated by the cultures present in Mesoamerica: Capsicum annuum (Cayenne and Jalapeño) , Capsicum baccatum (Amarillo and Limo), Capsicum frutescens (Tabasco), Capsicum chinense (Habanero, Scotch Bonnet) and Capsicum pubescens (Rocoto). In fact, between Mexico and Brazil there are still hundreds of varieties in the wild.

But birds weren’t the only vectors spreading chili peppers. The most accepted theories say that the intra-continental and inter-continental trade routes were responsible for spreading the use of chili in the world. In particular, Christopher Columbus who, in his search for new trade routes with Asia, found the chili, called it ‘pepper’ (as the pepper that was traded from India) and introduced it to Europe. The Portuguese saw its value and carried it on all their trade routes to Asia, Africa, and North America. Small-scale trade routes introduced chili peppers to the southern United States. But its consumption in other parts of the country came through the slave trade routes.

In all, five families of chilies conquered territories and cultures throughout the world. At Hugo Restrepo y Cía., today we grow 4 of those 5 families of capsicums to offer a diversified portfolio of flavors, heat levels and colors. We are committed to bringing quality chili peppers to customers around the world. We currently have over 15 customers in 10 different countries. And we recognize that we still have many chili varieties to incorporate into our portfolio. With Agrosavia (Colombian Agricultural Research Corporation) we are researching of unexplored varieties and we are sure to find interesting little knwn varieties to the world.

Suscribirme
PrevAnteriorChili consumption goes up up up!
SiguienteThe Tabasco sauce has gone to unexpected placesNext 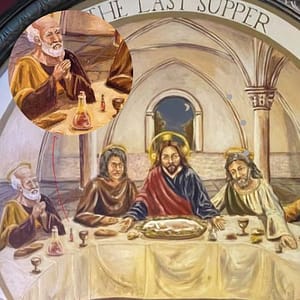 The Tabasco sauce has gone to unexpected places

The iconic Tabasco sauce bottle has reached the most unexpected places on earth.

The chili peppers’ conquest of the world in 6000 years

Chili peppers originated have conquered the world in fascinating ways. Today they are almost everywhere and are a symbol of many cuisines around the world.

The salt in our chili pepper mashs

Salt is an essential component of the fermentation process of our chili pepper pastes.

Habanero peppers are among the spiciest peppers in the world.

Are perhaps the most known pepper variety thanks to the Mexican cuisine.

Its flavor has smoked, acid and fermented elements and has a medium pungency.

This is one of the most important ingredients in Peruvian cuisine, although today it is used in other cuisines around the world.
Facebook Youtube Instagram Linkedin
Blog - Spicy News